I wrote this post and then read it again. I read it a few times and I’m still not really sure why I wrote it. But I kind of think I should post it. So here it goes:

I turned 30 last month. No big deal really. I never took aging too seriously nor did I ever stress myself about doing certain stuff just because I’m at a certain age and I should damn well do it. Mainly becuase the rest of the world tells me to. And I am aware there have been countless blog posts written on this theme so if you think you’ve read them all, feel free to move along. There’s little chance this one will make any change in your life whatsoever. Or will it?

But there is something about turning 30. It seems the whole universe is screaming at you that you should have achieved something by that age. If you aren’t already a published author, a universally renowned movie star or an overly successful businessman you should at least have children. Yes, plural was intentional.
(at this point I would really recommend watching THIS and then THIS).

My father was 21 when he had his first child. I’m thirty and I still have to push myself to brush my teeth every morning. Gets even worse in the evening. I highly pride myself in being able to say no to the third beer if I’m out drinking during the week.
But still, there is something when you turn 30. Or when you are around 30. Sadly enough you don’t just wake up the day after your birthday party, with a hangover that you know is going to last at least until tomorrow’s dinner, and something suddenly clicks in your head and you immediately become a responsible person, pursuing your dreams. You just somehow start realizing that you are in charge of your life. Yes, your Facebook wall is full of pictures of your ex-school friends and ex-crushes being proud of their newborns and suddenly you somehow keep ending up on web pages that give you advices on what to start doing when you are 30 in order not to be completely screwed up by the time you’ll be getting your pension. If you’ll be lucky enough to get one that is.

So what is it that makes the 30 so different from any other age? Personally, I really started enjoying my life somewhere around my 25th. I was kind of starting to be aware of the fact that I am living my own life. And that it is completely up to me what happens next. Quite sad it takes a person 25 years to realize that but better late than never I guess. And by the time I reached 30 this feeling kind of got strong and confident enough to start doing stuff I always wanted to do. As cliche as it may sound I finally feel I have the power to change things. So what does all this have to do with (not) being a snob?

When reaching my third decade my much better half bought me a wine tasting course. I always wanted to do this and as it turned out the 8-hour course ended with an official WSET wine tasting level 1 exam which I passed – not that it’s particularly difficult – and thus became an official wine snob. What the course teaches you is how to store wines, what effect certain food has on the taste of wine – so how to pair it with food -, how to properly taste wine and how to resemble different tastes and what to expect of wine when looking at a bottle. Basically it moves you a good step up from “white wine goes well with fish”.

I like wine. I come from a country where wine is part of our traditions and since I am quite fond of drinking the grape mana why not learn about it? Seems quite sensible to me. Well, much to my surprise, I received quite a few questionable gazes from my family and friends when I started talking about the peach and melon I could taste in my glass. And to think that I bought a decanter and that I don’t mind spending a few pounds more for a nicely aged cabernet-sauvignon? Well, that’s downright absurd and posh.

The amount of time, knowledge and energy winemakers input into that juice the least they deserve is people recognizing it. Same goes with movies. A large group of people spent countless hours working on a piece of art and perfecting it so that it looks and sounds as good as possible. I find it almost insulting to watch it at screener quality (possibly on your phone) and I can’t believe people still watch movies recorded in a cinema with a camcorder. 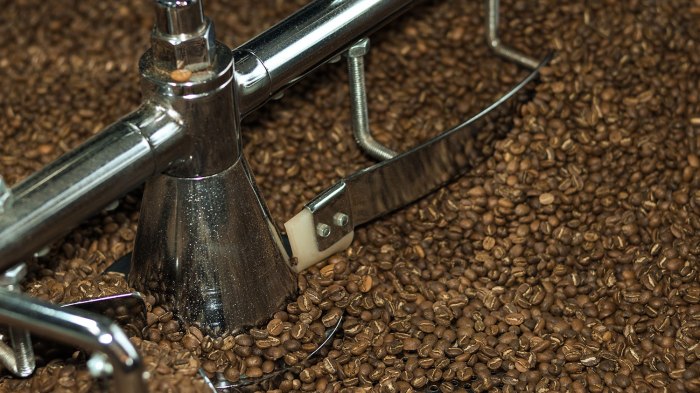 As if being a wine snob isn’t enough I also like to know my coffee (watch Pulp Fiction and be careful about Tarantino’s character’s lines). I bought a hand grinder and I buy coffee beans at a cafe that imports and roasts coffee on their own. They taste each coffee and if they like it ends up in their offer. Ever tried a Costa Rica – Colombia mix? Sounds like buying coke when you go to the shop but it sure does makes a difference. I was amazed at how much different coffee can taste. Especially if ground freshly just before making it at home. In a french press.

The fact that it took me so long to realize that all this knowledge is out there for the taking and using is quite sad. I don’t know what’s the current situation in school but when we were spending days staring at the black board, trying to swallow all the information thrown at us, no one really encouraged us to learn about anything else but what was in that year’s curriculum. Judging by the fact that I was often awarded a lower grade for giving answers that included much juicier details than those written in our text books I could claim we were rather discouraged. I guess whining about what it was like ‘back in the days’ is also a part of the 30’s package.

So, again, what does this have to do with me turning thirty? Not much really. Not much on a global level. But quite a lot on a personal level. I went through enough stuff in my life to see that things can be done better and that I can live better. I talked to enough people and read, watched and lived through enough that I can and should respect the things that surround me. Good and great things don’ happen just to ‘other people’.
Also there’s stuff that starts happening to your body when you’re around this age that’s kind of not to happy if you spend 14 days partying, sleeping on cold bumpy floors in a shabby tent and drinking shit alcohol all the time. You are pushed into being a bit more classy (now isn’t that a great excuse!).

I guess something in your head decides that 30 years has been enough to just go with the flow and that if other people could do it, why couldn’t you.
So excuse me if I pour myself a glass of barrel fermented Rioja blanco and continue writing my screenplay.
After all, isn’t this what I’m good at?